The banking elite know what’s coming to them near term, and they have been preparing for multiple scenarios. One of their original plans is to establish an AI-based population control system dubbed as Technocratic Dictatorship where everyone is hooked up to the control grid through digitized currency and mass surveillance system, until China’s Huawei came […] 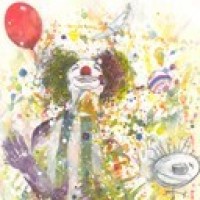 A blog by Iain Lawson

Breathe The Breath Of Life

This site is for the members of the Family Tree of the Consciousness, which is us, to share information, guidance and inspiration during the Great Times Of Transition. The Higher Density Beings are with us! Downloading Krystic Frequencies. Spiritual Alignment in Unity. Earth Grid Transformation. Earth TransTime. Ascension. Body-Mind-Spirit Complex. Law Of One. Light – Sound - One. Krystal-Bridge, Guardian Elders, Royal Inner Earth Beings

Copywriting for Health, Wellness, and Spiritual Businesses and Practitioners

This site is dedicated to those who think they have missed the opportunity to be their best selves after enduring life’s various hardships. I will help you to find inspiration, motivation, encouragement, as well as provide you with practical steps on how to experience a comeback after life’s many setbacks. So, if you feel stuck and are struggling to pull your life back together after various setbacks such as divorce or any other kind of failed relationship, job loss, financial failures and wonder if you will ever get ahead, or other unachieved or incomplete goals and dreams such as healthy living, education and career goals, I encourage you to follow so that you will know when new material is released and together we can uplift each other on this journey called life.

revelation of the obvious

Writing to Inspire, Motivate, and to help finding Hopes

Forking Thoughts on Food and Restaurants